We are Ukrainians, and we are proud of it! How can you support Ukraine in this hard time?
Back to the category

The file system is a technology that assigns a format to your device by giving it a logical structure and makes it capable of allocating, storing and managing data. The file system is responsible for the way your files are stored and manipulated at the lowest level. File systems are defined by operating systems and can be typical for certain types of storage devices.

Before starting data recovery, it’s advisable to know the file system type of the data storage medium. With this knowledge, you'll get more profound understanding of files organization and be able to choose proper data recovery software.

Although file systems are flexible in terms of the storage they work on, typically, you can determine the file system type based on a storage device.

USB flash drives and memory cards usually operate FAT or exFAT. This file system is compatible with a variety of operating systems. For this reason, you can use your USB flash drive or a memory card with any computer.

NTFS, APFS, Ext2-4 are very typical for personal computers and workstations. These file systems are standardly not compatible with their counterparts.

Most NAS units are based on XFS, Ext3, Ext4 or Btrfs. They are most suitable for home servers owing to their design, while XFS, for instance, is a perfect choice for storing medium/large files and Btrfs provides maximum security for the data. File systems of NAS devices are normally hidden from the user and are represented as network folders via special network protocols.

FAT/FAT32 is one of the oldest file systems with a very simple design. This file system is supported by all operating systems, making free data exchange between different storages possible. This file system is suitable for small external data storage devices, such as memory cards of photo-/video-cameras or USB flash drives, but is not exceptionally promising in terms of reliability.

However, the most obvious drawback of this format is FAT’s inability to store large files – one cannot save a file which is larger than 2 GB on FAT16 and 4 GB on FAT32.

exFAT was developed by Microsoft with the aim to extend FAT. Thanks to its simplicity and universality, this file system has become quite popular, but unlike its predecessor, exFAT is capable of storing files of any size.

ReFS is frequently implemented on servers. This file system applies Copy-on-Write (COW), enabling older versions of the deleted files still remain on the disk. ReFS is not the best choice for storing plain user files, as it allocates minimum 64 KB of disk space for each file. If the size of a file is less than 64 KB, the file system will locate it there anyway, which makes the utilization of the disk space inefficient.

The file systems typical of this platform are HFS+ and APFS.

HFS+ is an older journaling file system of Apple employed on Macs up to 10.13 High Sierra and other devices produced by the company at that time. This file system enables easy data retrieval after logical failures. Its disadvantage is problems with working with fragmented files.

APFS is the latest file system of Apple which is optimized to efficiently work with flash and SSD storage and released to fix key problems of HFS+.

The Linux kernel offers a handful of file systems to meet your every need. Each of them has its own advantages and disadvantages.

Ext2-Ext4 are used as the default file systems on most Linux distributions. These file systems feature high speed, efficiency and are well adjustable to different purposes. However, files lost from them have quite low chances to be restored, especially with the correct names.

ReiserFS is a private project that was born with the idea of enabling the user to efficiently store a large number of small files. This file system features high-speed performance but is no longer actively supported for some technical reasons.

XFS was developed by Silicon Graphics for their IRIX servers. The strong point of this file system is the capability to work with files of any size, achieving maximum productivity. The file system achieves high level of files optimization, however, applies a complex file system structure. XFS is compatible with all Linux distributions. Several versions of XFS exist, such as TRiX Intel for Windows. Raise Data Recovery supports all XFS versions.

The JFS file system was developed by the IBM Company for their internal servers. This is a journaling file system of Linux OS. JFS features reliability and high productivity, second after the XFS file system, but it has a more complicated architecture. Presently, JFS is used in corporate Linux systems.

Btrfs it is a relatively young yet stable Linux file system that solves a wide range of tasks and offers numerous progressive technologies. It was optimized for the use on solid state drives, incorporates the functions of a volume manager and enables efficient storage of small files. Thanks to its copy-on-write nature and other data protection features, it eliminates the risk of data corruption in case of power failure and generally provides high chances for data recovery. Raise Data Recovery does not support Btrfs due to its complexity, yet, this file system can be handled with more advanced utilities, like Recovery Explorer and UFS Explorer.

< Back to the category
Was this article usefull for you? Share it:

Whatever data loss issue you came across with, follow these short step-by-step guides to make the process of files recovery a child’s play. 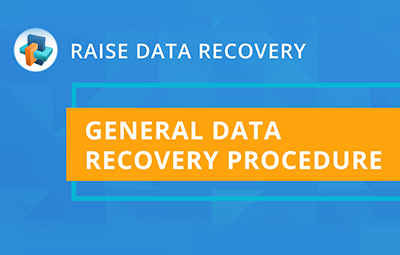 This step-by-step video tutorial will walk you through the functionality of Raise Data Recovery and teach you to restore files with several clicks of a mouse. 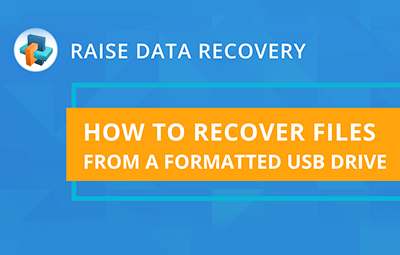 Recovering files from a USB drive

Data recovery after storage format has never been so easy. Just carry out a few simple steps to get your lost files back from a formatted USB flash drive and other digital media. 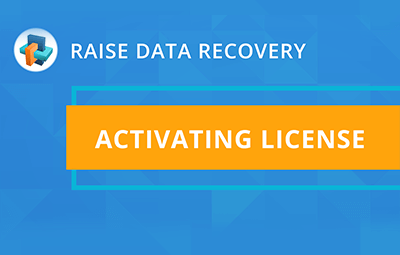 This short instruction will guide you through the process of purchasing and activation of a license by following the prompts provided in the interface of the application.

Recovery Explorer Universal software that effectively copes with many data loss issues and offers a broad toolkit that can be easily employed by both novices and experienced computer users.

myCCTV Recovery A straightforward yet exceedingly efficient utility specialized in data recovery from CCTV systems and equipped for reconstruction of footages lost from surveillance devices of popular vendors.