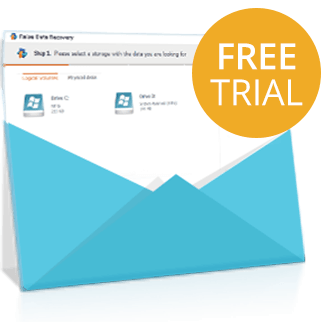 Version: 9.1
Last updated: 18.10.2021
The product is licensed under the terms and conditions of the Raise Data Recovery License supplied with the software.

Never install the software on the drive or partition you have lost your data from.

This will lead to irreversible data loss.

* Support of storages with physical sector size 1 and 2 KB.

* Fixed bug with copying error when source to target is copied root to root.

* Changes in the software licensing:

* Expanded log on saving the scan results with more information about the saved files and saving errors;

* Support of NTFS storages with cluster size over 64KB.

* Fixed issues with recovery of NTFS folder structure (when 'indexing' is avaialble).

* Fixed issue with reconstruction of damaged root folder on FAT32.

* One more enhancement to NTFS file system reconstruction after scan;

* Byte-accurate recognition of file size for JPG and MTS formats with raw recovery;

* Fixed some problems and extended support of camera raw photos by embedded viewer.

* Added support for PDF, EXE and some other formats in embedded viewer.

* Support of automatic connection to network shared folders under Windows 10;

* Separation of deleted and normal data in scan results;

Purchased a license some time ago? Download the corresponding software version.

Universal software that effectively copes with many data loss issues and offers a broad data recovery toolkit that can be easily employed by both novices and experienced computer users.
The first-rate assistant of data recovery engineers and other technical experts in cases of various complexities: from simple routine tasks complicated data loss challenges.
A straightforward yet exceedingly efficient utility specialized in data recovery from CCTV systems and equipped for reconstruction of footages lost from surveillance devices of popular vendors.